This page is for a triple-boot live/install/rescue disk image for Alpine Linux, OpenBSD, and Plan9front. It uses a GRUB 2 BIOS bootloader and contains the installation media for 64-bit PC hardware. I am fully aware no one else will probably ever use this. Still curious what people find of it. The only person who has noticed this to my knowledge has suggested I sign it better. I do have a bit of an ulterior motive releasing this even though I only use it myself. I intended to mirror these three installers back to the public also to be sure everything matches, if anyone cares to look.

Once the image is decompressed and written to a USB flash drive of at least 2 GB size, it should boot to a screen something like this: 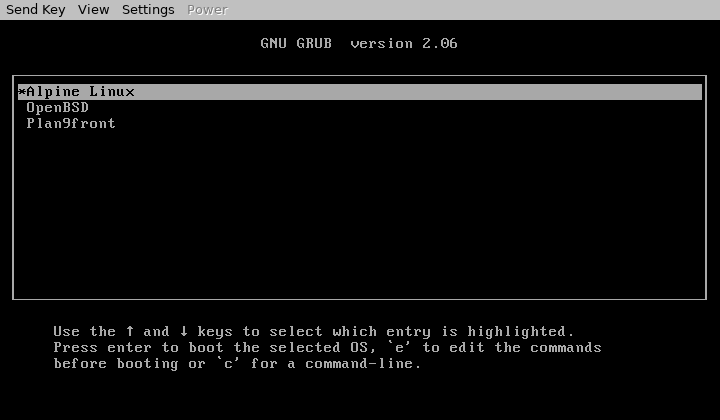 From this screen you can select any of the three OS's installation media.
This is an example in qemu but it should work on any 64-bit PC type computer with BIOS support:

Selecting Alpine Linux should boot about exactly the same as the official Alpine "Extended" ISO: 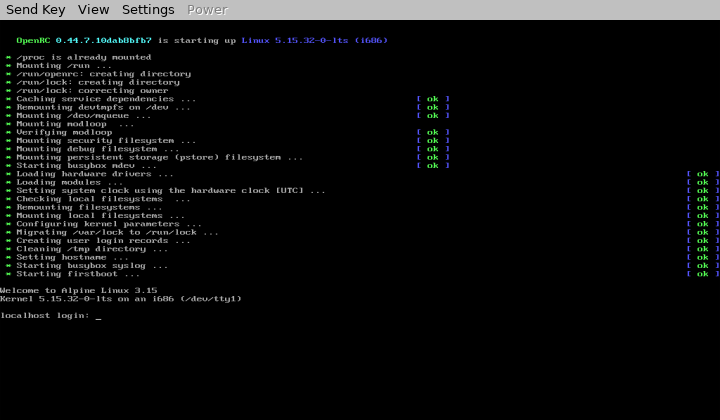 Alpine is a simply made, minimal, secure distro in particular for people already familiar with Linux. 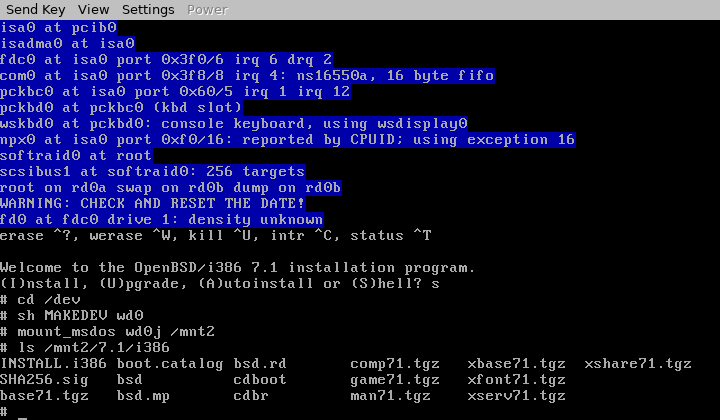 I had to manually mount the disk with the image on it to access the file sets for installation. This project needs to be able to multiboot the three OSes, but I am open to suggestions of a more secure bootloader to use, as OpenBSD focuses on security research.

9front takes a bit more finesse to boot in qemu: 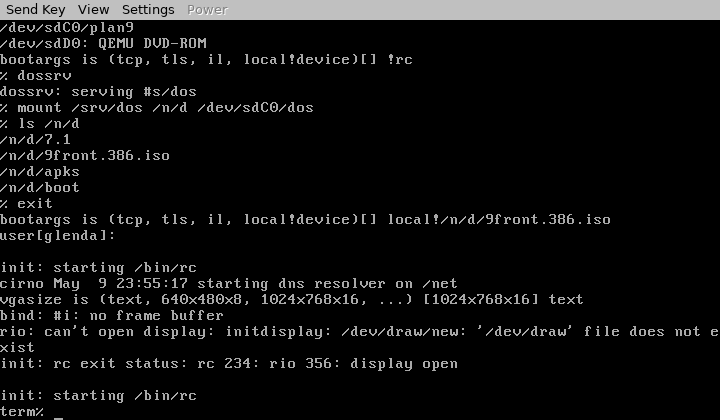 From here it's the same "livecd" and you can run inst/start to install. Plan 9 from Bell Labs was originally intended for research as well, extending the principles of the Unix Philosophy of software design.